I’m crying before I even start to type. I’ve been avoiding this blog for months, knowing this post needs to be written and holding off as long as possible. It’s hard to write about the difficult aspects of my relationship with my first-born daughter Elizabeth, and yet I feel compelled to paint a full picture, to give greater context for our unconditionally loving relationship at the end of her life. Even more, to show that this spirit who is now so loving and who assists so many from the other side, had many facets and was incredibly complex. Ours was a mother/daughter relationship that encompassed unconditional love, hate, compassion, need, affection, and a deep soul connection unique to us. 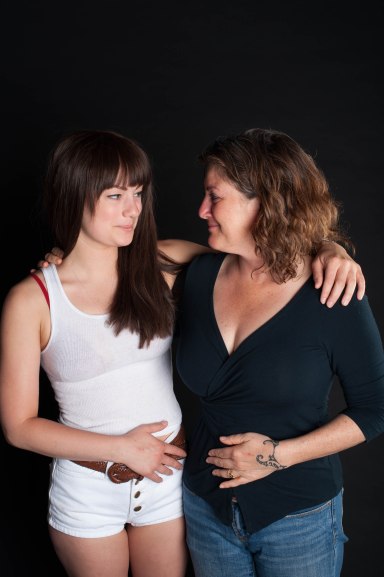 Elizabeth Blue and Lucia Maya, when she was in remission and I was crying tears of gratitude. April, 2012 (photo by Jade Beall)

Of all the people I love, she was the most challenging in my day-to-day life.  I miss her so deeply, I would give almost anything for her to be here, to be hearing about her new job, new relationship, her friends, her dreams…. And here is the “forbidden thought” (as my teacher Brugh Joy would say) – I don’t miss being pulled into her drama, into the tension that she wore like a cloak, that arose with each decision, each new beginning. I don’t miss being part of her angst.

Any of you who knew Elizabeth, either in person, or learning about her through our writing, knows that she was not all angelic. She was an incredibly wise, loving, loyal, girl and woman, and she also carried a lot of shadow, darker aspects that are less accepted. She could be fierce, mean, arrogant, “bratty”, self-centered, and hurtful. (Of course, I can be all of that as well!) Always mature for her age, from about age 9 to about 13, she was in full teenage angry-rebellious-needy-push away-pull me close mode. At age 21, when diagnosed with cancer, she and I were only about 3 years into a still-developing, sweet, mutually supportive, lovely relationship.  I had imagined that our relationship would continue to grow, deepen and soften, with less tension, and greater forgiveness. And it has, just not how I envisioned it…

Traveling to visit my younger daughter recently, I was reminded of a time when I was flying with both my girls, and Elizabeth was around 11 or 12. She was so sassy, so mean, so stubborn and hard-headed, so disgusted with me (and me with her). I remember seeing a mother with her teenage daughter across the aisle, and I still remember how sweet they were together, talking like friends, kind and appearing to enjoy each other! I longed for that, and at the time it seemed like a far-off fantasy that I could barely imagine.

I am well aware that I gave her some good reasons to be angry with me. In many ways, her anger and rebellion came from wanting to be closer to me, wanting me to herself, wanting all of my attention.  Somehow, at the same time that she was needing me more than ever, I was experiencing my own time of learning independence and exploring my own wilder side for the first time.  I was not a wild teenager. I was a very responsible, good student, good friend, then good wife and mother. After my divorce in my mid-thirties, I finally wanted to play, and wanted time on my own, separate from my kids. This was a fairly abrupt change for them, as I’d been a happy, devoted, stay-at-home mom up til then.  My world started to broaden, my priorities shifted, and they knew it and understandably, resented it.

From a very young age, Elizabeth did not want to share me – first with her dad, then with her younger sister, and especially when I fell in love with my new partner after I was divorced. This created an extremely challenging triangle, between me, Zelie and Elizabeth.  On the one hand, Elizabeth adored and admired Zelie, at least in the early years. But anytime I appeared to choose Zelie over Elizabeth, whether it was in a decision about discipline, rules around the house, or just when she felt left out (which was often), she was devastated and angry. Then, she’d become “bratty” (her word), manipulative, argumentative, disrespectful…

There were a couple of sweet years when she just wanted to hang out with us. This was in her early teens, just before and after we moved to Tucson and she had left behind the intense punk rock scene of the Bay Area.  She had shifted into a deeply spiritual aspect of herself, and was lovely to be with. She was writing gorgeous poetry, attending spiritual workshops, working at creating a new persona, and enjoying Tucson.

Then everything changed. Partway through our first year in Tucson, she decided she had to move back to Berkeley to live with her father, sister and new step-mother. She felt lonely and afraid she couldn’t fit in. After months of debate, she convinced us all, and we made arrangements for her to move back – I helped her apply and she was accepted at a new school, her dad rearranged their home for her, etc… About 3 weeks before she was to leave, she changed her mind. She had finally made friends and realized she wanted to stay in Tucson. She had always been able to talk (and manipulate) me into pretty much anything – she could always wear me down. I was terrible at setting limits, especially with her.

This time I said no. There was so much tension in the household, I was in a place of fear, and I couldn’t handle it. I listened to my head, rather than my heart, and told her that she had made this commitment, all of us had worked hard to set this up for her, and she had to follow through. She was furious, enraged and desperate to change my mind. She felt I was choosing Zelie over her, betraying her, and was devastated. For a variety of reasons, it was the one time I didn’t listen to my heart with Elizabeth, and it’s the only decision with her I deeply regret. I still can’t write or talk about it without crying.

She was miserable, calling me almost every day, talking of depression and begging to come home. By the end of the first semester I relented and Zelie agreed. Though in the big picture I do trust that everything happens as it is meant to, and I can see good reasons why this needed to happen, it was very damaging to our relationship.  It took years for her to trust me again, and some part of her hardened from that time. This protection around her heart only really started to soften after her cancer diagnosis, and finally released in the months when she knew she was dying. 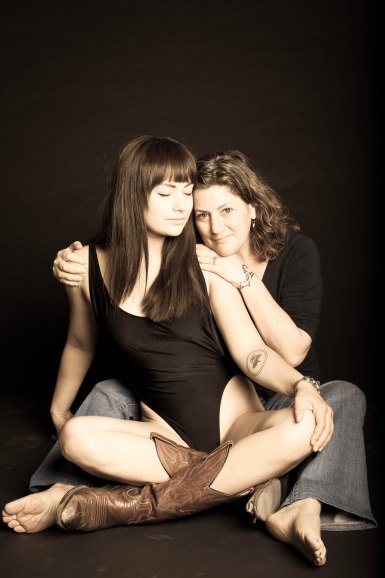 Elizabeth and I had one of the deepest soul connections I can imagine. When I look at photos of her now, I feel like a part of my soul left with her. I hear that many mothers feel this when their child dies, so perhaps this is simply part of this process. I hear often how much she looked like me, and I can see some resemblance in photos, but she had a kind of beauty that I used to long for. And yet, it feels like we were 2 sides of the same coin, that we made a whole in some way, and now I’m missing some part of myself. It’s very hard to put into words, but I imagine many of you can feel what I’m describing.

I mourn the years that feel like they were lost, before she died. If I’d known she would leave her body at age 22, that’s one thing I would have done differently. I know she forgave me, but I still haven’t completely forgiven myself. I am working on it, with her help and guidance. Being able to share it helps to bring healing as well.

23 thoughts on “The Shadow Side of Love”

This site uses Akismet to reduce spam. Learn how your comment data is processed.